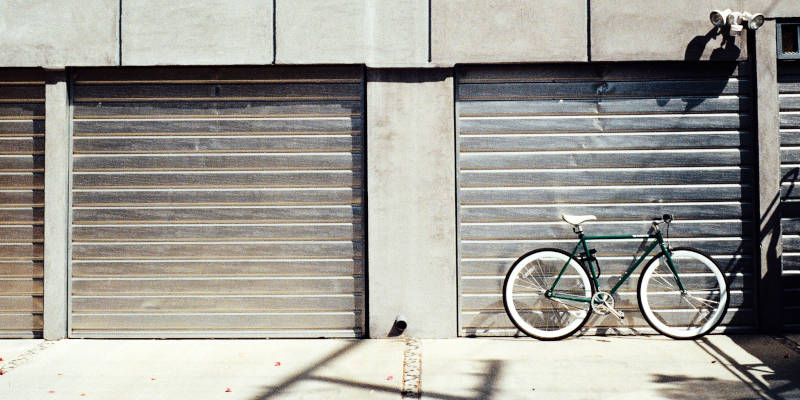 On October 12, 2019, Governor Gavin Newsom signed into law, California Senate Bill No. 323, which was sponsored by State Senator Robert Wieckowski. This Bill made many changes to the Davis-Stirling Common Interest Development Act (Davis-Stirling Act). The following is a summary of the changes. This summary is not meant to be relied on as legal advice but is meant to give an overview of the changes and their impact on the operation of Homeowner’s Associations throughout California. If you are a Board Member or Association Manager, please contact Hudack Law, APC at (951) 708-3577, or by email at Info@HudackLaw.com for more information or an initial consultation.

Civil Code Section 5100 was changed in two different manners. The first was the addition of subsection (a)(2) which requires an election to be held following the procedures set forth in the Civil Code at the expiration of a director’s term. However, Associations must hold an election at least every four (4) years.

Section 1.1 of SB-323 adds the same provision like Section 1, also adds to Section 5100 subsection (g) which provides the following:

2. Failure to be current in payment of Regular and Special Assessments, but not fines or fines relabeled as assessments, late charges, or costs, except:

3. A Joint owner would be serving at the same time.
4. The nominee has been a member for less than 1 year.

What does this mean to the Board, Manager, and Association Members: First, an election is required to be held at the end of a director’s term. Additionally, Associations must hold an election at least every four (4) years. However, for most of the Homeowner’s Associations in California, the remaining changes do not have much of an impact.

Unless you have an Association of more than 6,000 units, this new change does not impact your Association. For those with 6,000 or more units, then it means your Association may not have to go through the expense of a full election if the number of nominations is the same or less than the number of open seats. Compliance with this section will determine if you must still send out ballots and hold the vote.

There are subtle changes to Civ. Code Section 5105. The change includes the insertion of the word “operating” in the first line of (a) to clarify what rules the Association is adopting under 4340 et. seq. In addition, it conditions the qualifications for candidates of the board or other elected position on subdivision (b) of 5105.

Section (b) establishes what disqualifications the Association can use for nominates for Director positions. Section (b) states the disqualification is “for not being a member of the association at the time of nomination.” However, it also provides that this disqualification does not apply to (1) a developer, or (2) where the separate interest is held by an entity other than a natural person, then the entity can nominate a person to act for the entity as the member.

However, starting with Section (a)(7) of Civ. Code 5105 there are additional and new requirements for Associations. Included are the following:

First, your Association needs to have election rules, and they cannot be adopted or changed less than 90 days before an election.
Second, Association Records now includes the election materials including the candidate registration list and voter list. The Voter list now includes the physical address, mailing address if different from the physical address, and name of the owner.

Most importantly, the only way to disqualify a nomination for the Board is if they are not a member of the Association at the time of the nomination or have not paid their regular or special assessment. No longer will Associations who have enacted “Director Qualifications” that have particular requirements (member in good standing, code of conduct, requirements to attend meetings, non-felons, not in active litigation with the Association, or others).

The Association must recognize and allow the nomination by an LLC or other corporate or trust entity that holds title to the property to be anyone the entity authorizes, not just the trustee of the trust or an officer or shareholder of the LLC or corporation. As for being current on payment of regular or special assessments, the nominee cannot be disqualified if they are on a payment plan. In addition, if the Association uses this to disqualify a nominee, then all current Directors must also be current in payment of their regular and special assessments. Enforcement on one is enforcement on all.

Finally, the suspension of voting rights is no longer valid. The only way to prohibit a member from voting is if they are not a member or are not current on assessments and not in a payment plan. Violations that once allowed Associations to suspend the voting rights of members are no longer valid. A fine for the violation and suspension of the rights to use common areas are the only punishments that can be used.

As for the voting by a Member, they now have the ability, even where proxies are not allowed by the Election Rules, to give their vote to a Power of Attorney Agent who can exercise their vote.

The change to 5110(a) is to change the determination of who is an “independent third party or parties” who can serve as an inspector of elections. The change is to who is not considered to be an ” independent third party” by eliminating anyone who is being paid by the Association for any services, other than as an inspector of election. The change is directly applicable to Property Managers as they are paid for other services, not just being an inspector. Therefore, a property manager can no longer be an Inspector of Elections for associations they manage.

Additionally, the change clarifies subsection (d) that an Inspector of Elections is required to perform all duties “in a manner that protects the interest of ALL members of the Association.” (capitalization added)

For those Associations that have allowed their Managers to serve the role of Inspector of Elections, that option is no longer available. An independent third party must be used as Managers are no longer considered to be independent.

a. Date, time, and physical address where ballots are to be returned by mail or hand-delivered
b. Date, time, and location of the meeting to count the ballots.
c. List of all Candidates
d. Individual notice to members who have requested such notice.

If your practice has always been to send a notice to the Members regarding nominations and that notice went out 30 days before the close of nominations, then make sure the notice contains all the required information.

The change to 5125 added the following to the required documents the Inspector of Elections must maintain until the challenge period has ended:

Under the new law, Civil Code 5145 (a) was changed to allow the time in which to file an action for injunctive relief, restitution, or a combination as the later of either:

Also changed was a shifting of the burden of proof in a challenge to the election. The new law requires that a member bringing the action must prove by a “preponderance of the evidence” that the election procedures in Chapter 6, Article 4, or the adoption of rule was not followed. In such a case, the new law requires the court to void the results unless the Association proves by a preponderance of the evidence that “non-compliance with the article or the adopted rules did not affect the results. The court must state the finding on the record.

An additional change is to allow a member who brings an action in Small Claims Court to recover reasonable attorney’s fees incurred for consulting an attorney in connection with the action.
Finally, the new law provides that a cause of action brought for 5145(a) may be brought in small claims court if the amount is within that jurisdictional limit, or in superior court.

If you are a member and you want to challenge the election, you have the later of the two times to file the suit. However, this new requirement makes it necessary for the challenging member to be the one proving the case by a preponderance of the evidence. If not, the Association is not required to defend, you have failed to prove the case. However, if you can meet this requirement, then the Association must then show the failures did not harm the election results, or the Court will invalidate the vote and award to the member their attorney fees.

Section 5200 was changed to include the email address in the membership list but limits the information if a member opts out as provided in Section 5220. Added to the definitions is the definition of “Association election materials.”

The Legislature has expanded the records of an Association to include the above documents. While there is a fear of identity theft from the signatures on the voter envelopes, Association should keep an eye on the inspections to ensure that members are not “snapping a selfie” of the envelope to get the signatures of other members.